ZOË VAN MOURIK
After running my own boarding stable in The Netherlands (2007 - 2017) I moved to California, where I worked as a trainer/instructor/handler at different ranches and rescues, to learn from horsemen and horsewoman. I mostly worked with Mustangs, Quarter Horses, OTT's and Arabian horses, most of them were severely neglected or even abused and traumatized.
​

Read the following news article about the Green Grate Arabian case, where 83 were severely neglected and left to die. A large group of these horses were able to come to Love This Horse and find new homes:
https://www.bendbulletin.com/localstate/terrebonne-women-sentenced-in-severe-horse-neglect-case/article_f20800d8-29c6-5cfc-b1fe-c9d168a7af27.html

Besides training, following and giving lessons and learning from people around me, I also wanted to develop my Spiritual/Shamanic "senses" more. I eventually got my Integrated Energy Therapy (Intermediate & Pets) certificates which allows me to treat not just people but also (small) pets and animals. A beautiful addition to my work; I find it extremely important to connect physical, emotional, mental and spiritual healing with each other.

Watch how IET with horses work and what their behavior can tell us: https://youtu.be/xkdPMU4NoQQ 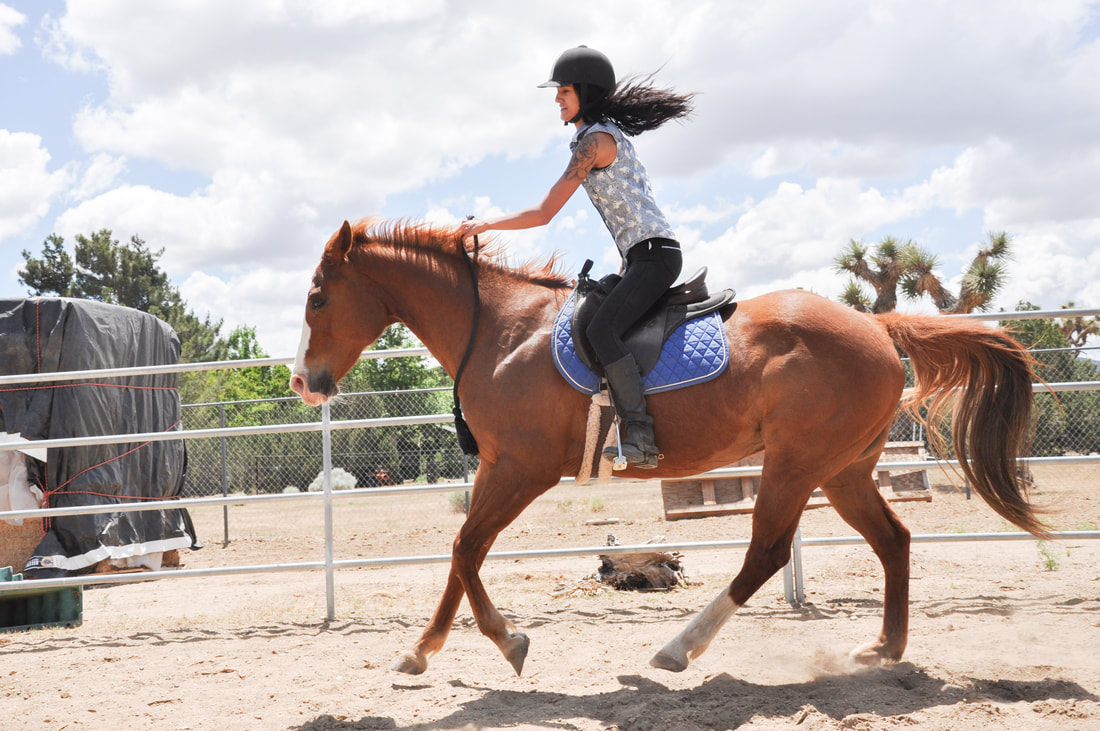 Me and "my" horse JP, who was brought to a rescue labeled 'dangerous'
During my first 2 years in California I was still mostly following the Parelli NH method and was schooled a couple of times by Maurice Thibault (3L Ranch in Tehachapi) with my horse JP. Eventually I wasn't resonating with this type of method anymore so I started working on my own thoughts and principles again, by observing and testing lots of theories. I also went to some clinics from the "old masters" like Buck Brannaman but I also observed a lot of  beautiful, new (for me) things, like when I watched the Scarpati family from Argentina this one time, a father and son who brought their family knowledge all the way to the US so that we could witness their magical way of working and being with horses.

In 2018 I visited Silver Horse Retreat in the middle of nowhere in the mountains of San Diego (for the second time in my life) to assist Sara (the owner and one of my teachers) during a Nature Constellation Retreat with a group of participants from (mostly) Japan. We spent a whole week off-the-grid together, focused on horses, healing (Shamanism) and nature.

Watch my vlog about my stay at Silver Horse Retreat: https://youtu.be/6pq9TQqgVFk 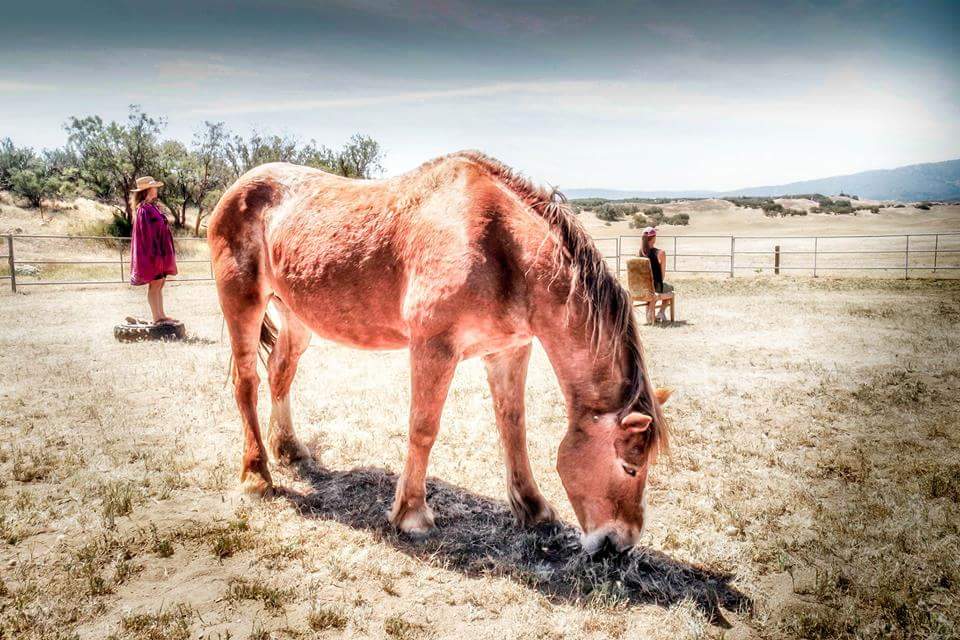 Family Constellation session
Teaching will always be important for me (passing on knowledge and wisdom), so when I started as an instructor at Freedom Ranch Equestrian Connections (Juniper Hills, CA) and was asked to teach physically/mentally challenged students I decided to push myself and finish my Life Coach study so that I would be able to help anyone who was remotely interested in horses. Motivating and helping riders with a muscle disease, Asperger's Syndrome or ADHD around horses and even on their backs is something I find truly humbling and important work.

Stephanie (the owner of the ranch) has an MMA/film-industry history and has adopted a lot of her strategies from that past to actually training horses. It's absolutely inspiring and refreshing to see her at work, with so much creativity and passion that it rubs off on every horse and human. Stephanie has successfully rescued, rehabilitated and re-homed several horses, ponies, dogs, goats, sheep and a whole lot more! 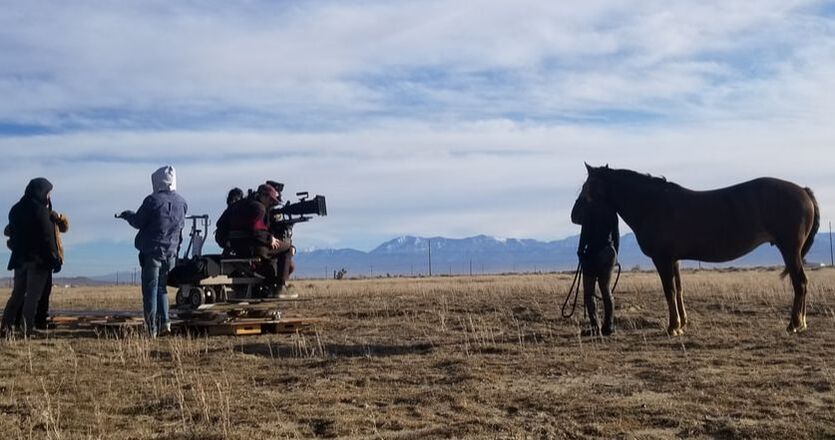 On the set of a videoclip shooting 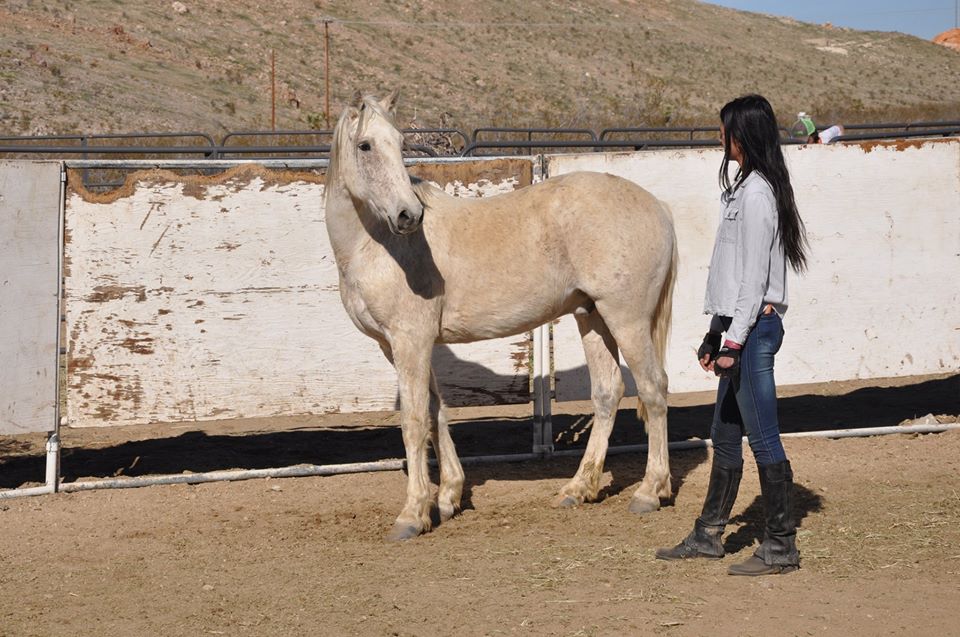 One of my first times approaching Walter
In the fall of 2019 I met Vera, she is the owner of Love This Horse, Equine Rescue (Rosamond, Mojave Desert), USA's largest Arabian horse rescue.

She introduced me to Walter, a young, traumatized Lusitano who was found running across the Los Angeles freeway in the summer of 2018. He was saddled, had a lasso around his neck and was covered in whip marks, wounds and blood. People behind the wheel were able to safely guide him away from the busy freeway where he collapsed and eventually was seized by Animal Control.

Nobody ever came to claim Walter. A lot of newscasts and papers did a story on him, which of course made people feel sad for him, so they donated whatever they could to help with his recovery. Later we found out that Walter most likely has been used/trained to be a "dancing" or "tripping" horse (a brute practice that's been done mostly by "charro's", even though it's illegal) but that he was able to escape his abusers.

By the time I met Walter, he had been recovering for about 1.5 years at Love This Horse, so he had some time to emotionally and physically recover. He was living in his own round pen, because he would clear the fences of a normal stall (about 5 feet) when he felt overwhelmed by something.

I worked with Walter extensively from Januari through March, about 4 times a week. You can find more about his progress under the tab "Videos". 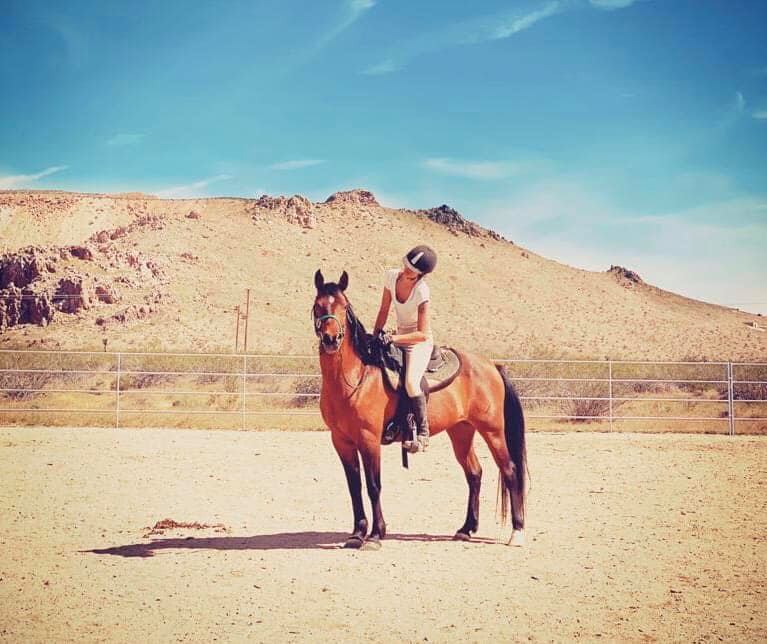 Boomerang, a Polish Arabian
Besides Walter, I also worked with other (mostly Arab) horses. Some were already started under saddle and needed some adjustments or hours under saddle before they were ready to be placed for adoption (about 10 horses get adopted each month!). A lot of adopted horses are killing it in the Endurance sport!

Thanks to Walter, I soon was comfortable enough to work with more traumatized horses, so when a group of 9 feral horses all the way from a kill-pen from Oregon came to the rescue, I started with gentling them. 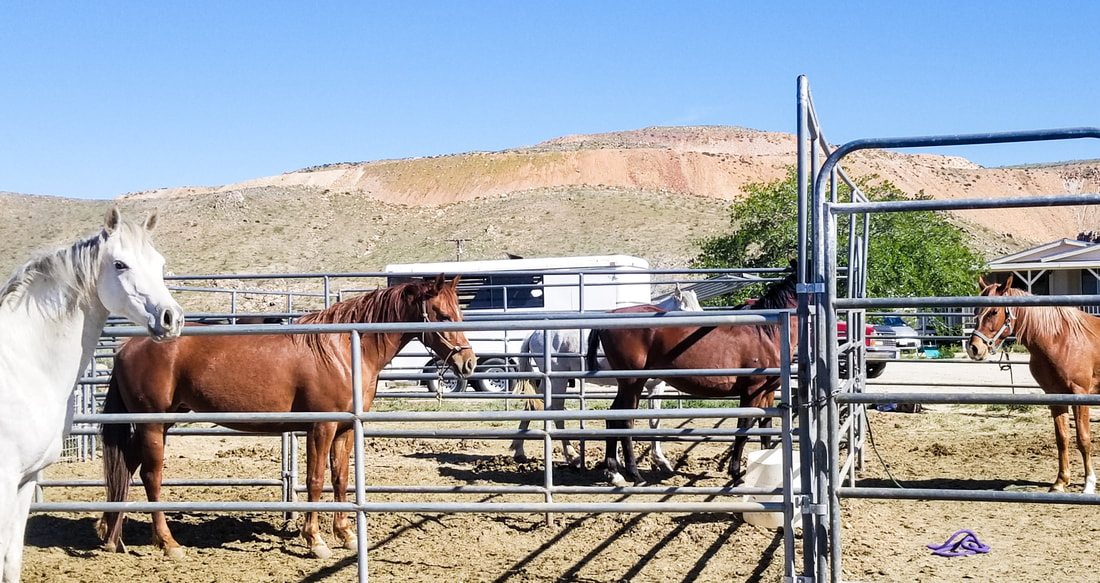 The group feral horses, on the right is Cognac; the first horse that was succesfully trained and adopted

Watch the video below to observe how I work with a feral horse. Najia is a mare that was (almost) used as a tripping horse  (a cruel practice where running horses are being lassoed around their legs to be pulled to the ground) so she has deeply rooted fears for humans.

​Watch the video below to see me working with Freedom, a 4 year old Arabian who was also used as a tripping horse: 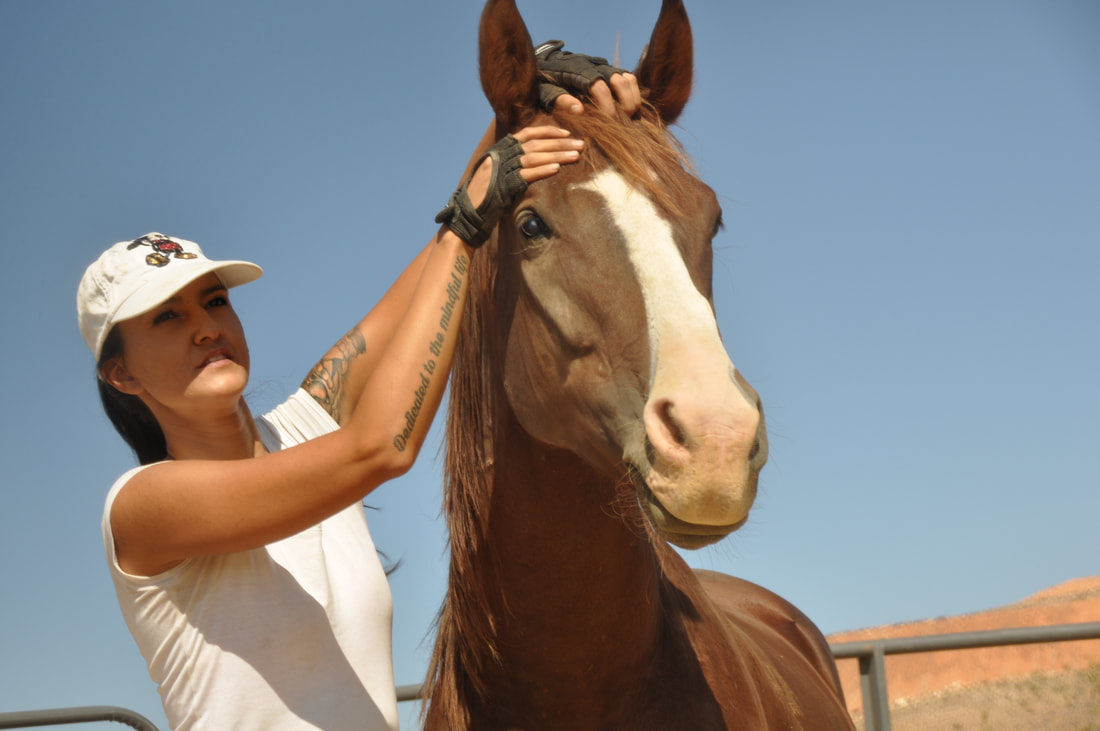