[How To] start riding without a bridle | Part One: Introduction 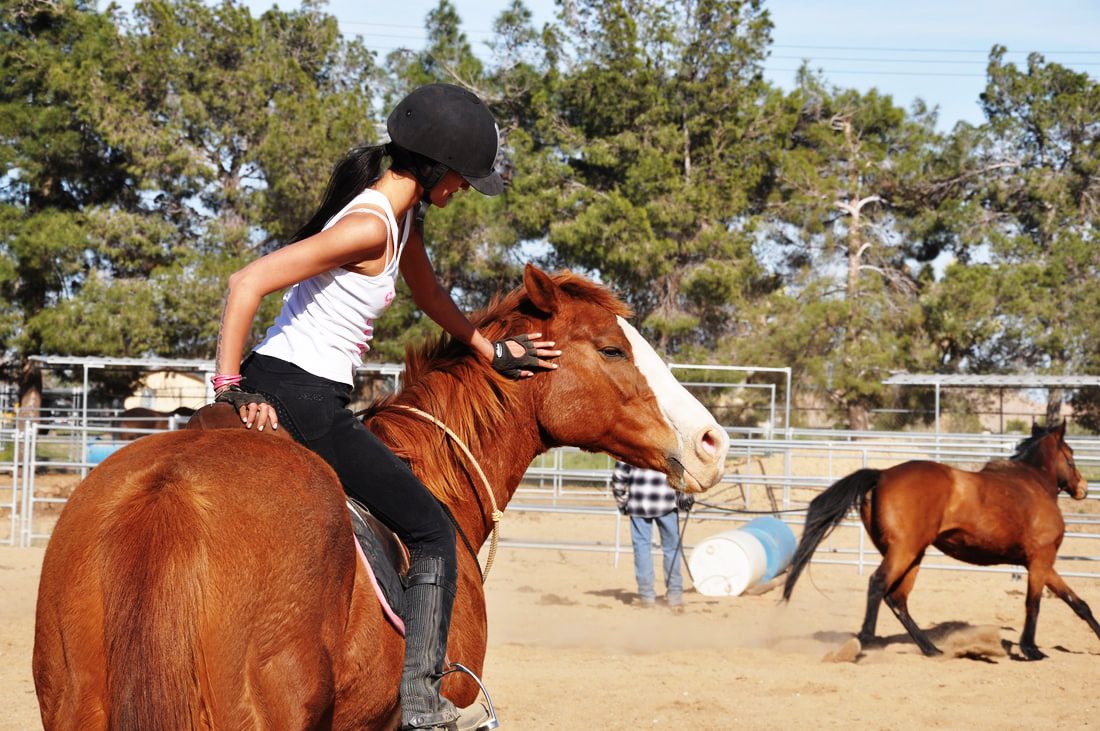 Since my first freestyle/neckrope/bridleless ride in The Netherlands back in 2015, I've been dying to have this connection with another horse (since unfortunately, my own horse died three months after I came to CA).  I just didn't realize how hard it would be, to open up to a potential new horse.
​ 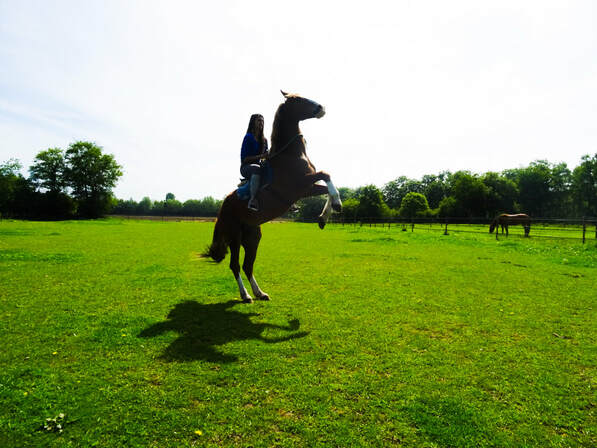 2015, The Netherlands
Of course, riding freestyle in California was something I immediately set my mind to when I came here. But it was a lot harder than I thought!
I work with lots of different horses, which makes it a challenge to find the time and energy to work on your own stuff with a horse. Luckily, the owners of the rescue offered me to pick any horse I liked, to call "my own" for as long as I'm around. When my own horse died just a month after I started volunteering, it was a bit upsetting and uncomfortable for me to open up to a possible new horse.

As always, the Universe was a few steps ahead of me and one day - when we went for an unexpected trail ride - the owner of the rescue put me on JP.

*The Few Things I Knew About JP At That Time*
- JP (Jaguar Paw)
- A mare, red (oh god)
- One of the first horses to come to the rescue
- Stunning, different
- Not up for adoption because she is a bit 'crazy'
- Acts weird when ridden, so nobody rides her (physically​ healthy)

I trust the owner of the rescue completely, if he says a horse is safe then it's safe. But I do remember me asking him "so... is it's safe to ride HER?". He assured me she's just a bit weird but wouldn't bolt. He was curious about her behavior on a trail ride, and since I don't have a problem with being a test-dummy, I saddled JP and off we went.

It was 45 minutes of HELL and TERROR. Every sound, movement or smell would set her off, jumping up and down, prancing, screaming. She could have done a lot worse if it wasn't for the One Rein Stop, the emergency brake that probably saved my life last year. Anyway, after that 45 minutes of horror, I was Madly In Love.
​

The fact that we got home safe and that I didn't feel uncomfortable or scared on her, made me feel like we could get somewhere. We fitted her a saddle and I took her to my Parelli lessons, in Tehachapi. One of the first things she needed to learn was patience. Her previous owner(s) probably let her get away with lots of things, so during our first lesson we all experienced first-hand a pissed-off red mare. While I was still on her, she got really upset about not getting what she wanted (walk away instead of just relax and stand still) and attacked the fence with her front feet. The result: a destroyed board and my instructor who yelled from a distance: 'What the hell happened to my board?! '
Whoops.
*Watch the video, taken just seconds after she took down the board:
We experienced these "tamper tantrums" a lot more over the following months, but eventually she stopped arguing and tolerated me riding her. Of course 'tolerating' is not enough, I needed her to accept me. We got to a high level of liberty pretty quick, so as long as I didn't try to ride her we we're definitely bonding and creating something.

After I went through some stuff of my own and accepted the fact that my own horse is no longer with me, I needed to get some time off and relax. When I came back after a few months, JP was upset and did not want me to touch her or even come near her. So would just hang out with her, clean her stall and feed her strains of grass. When we eventually got back to work again, the only focus I had for the both of us was 'relax'. We would walk around the arena together, breathe together, daydream together. I would groom her and watch her close her eyes, softly to the point where she just looked so happy and peaceful. I stopped at that moment, every time we were together, walk her back to her stall and say goodbye.  After a while, we were back at doing liberty, like we'd never stopped. She even helped me with other horses, to get them emotionally opened up again. ​

So you might say that this is just crazy-talk, it cannot be scientifically proven, etc. but to me the truth is always in the horse. Just two months after I started working with her again, this is how we ride today: 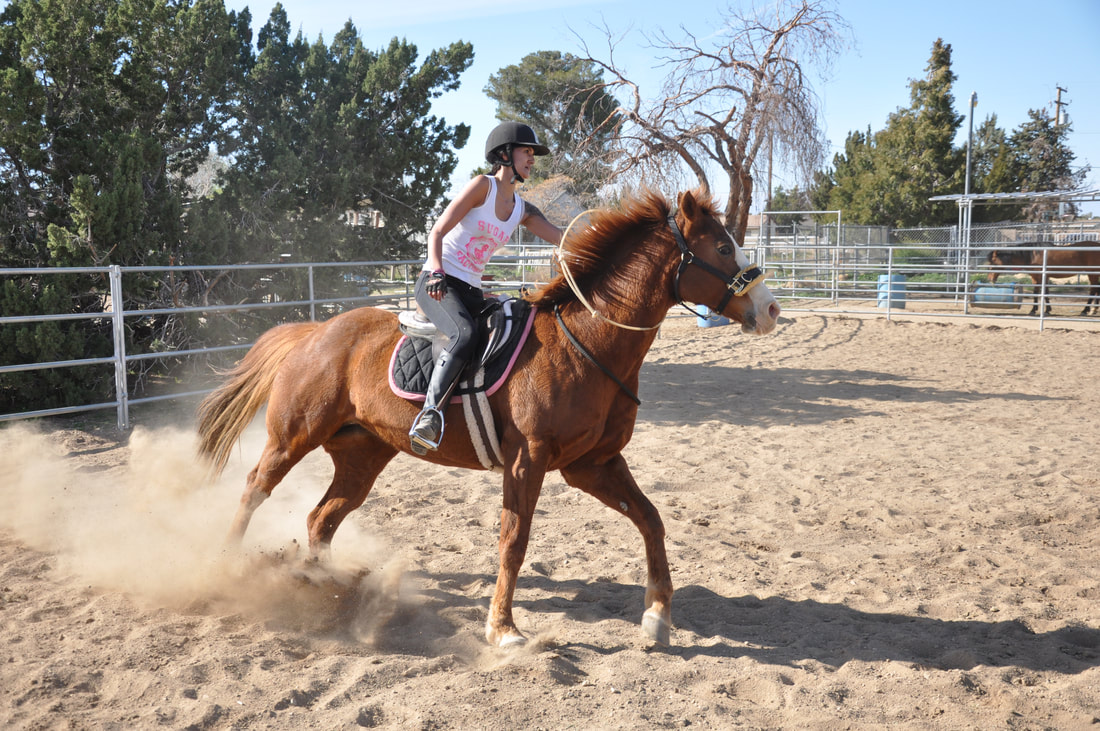 Thank you for reading this first part of our journey, that will - hopefully - lead to more beautiful adventures!