[Inspirational Video]Why you should smile, while working with your horse 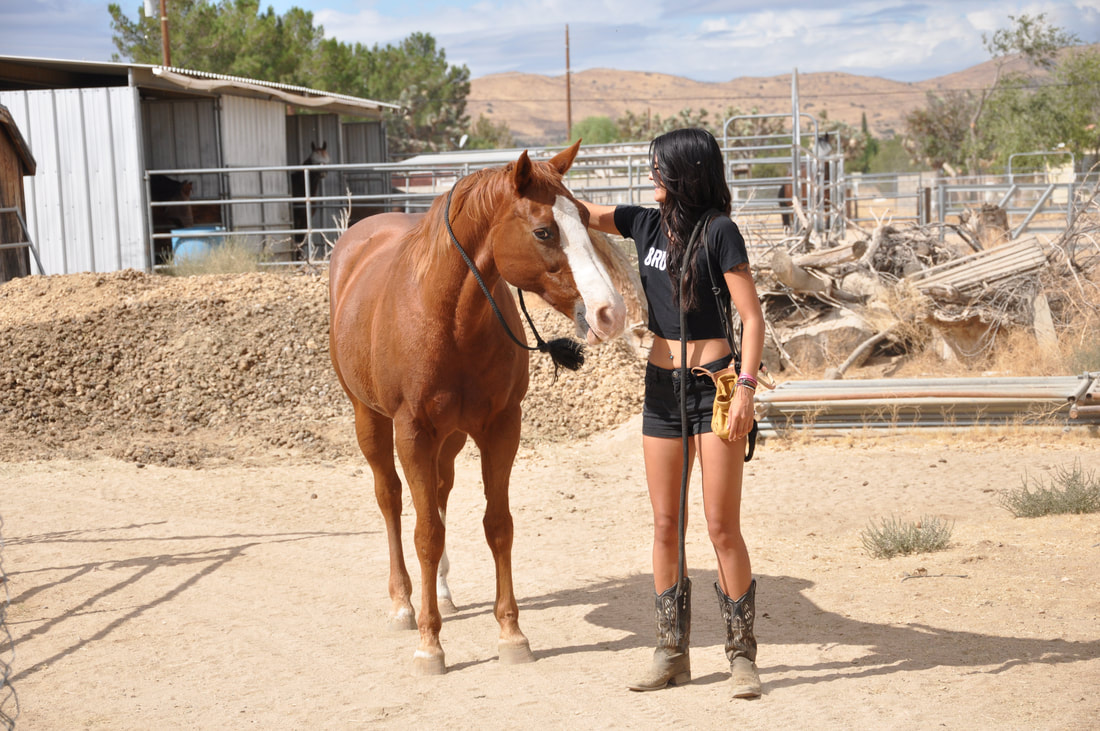 The other day I was with a girl and her horse, a young mare that’s had a lot of bad stuff happen to her. If she’d be a human, she would be a messed-up 20 year old with a lot of emotional and physical scars and no one to turn to. When her owners try to make physical contact, she bites. Probably because she feels threatened, but it’s something that could easily escalate into something worse.

So far, this little mare has only known the downside of being sensitive. The abuse she went through turned her into this shy but explosive horse that just didn’t know how to calm down. Because of this behavior, the rest of the herd wouldn’t accept her. She ran around frantically, in the pasture, in the round-pen even in circles around the herd. Basically, she was making it really hard for herself to accept the new situation because she’d only be exposed to new badsituations, and even worse people.

When I entered the round-pen, I immediately saw all the typical signs of a young, sensitive mare that has had a lot of bad stuff happen to her. She did not want to make any contact, avoided me and everything I did, and did not want to stay close.
Even though this is a horse that bites, I felt more comfortable working on the Trust part first. With horses that are more intrusive or constantly in your space – even when uninvited – I start with working on the Respect part first.

I decided a simple conversation would be enough for one session.
The moment the halter came off, she started circling around me in the round-pen with her head high and away from me. After a few minutes I managed to bring her energy down towards my level and started walking beside her, in calm circles around the fence. When she started to build-up her energy and/or started trotting, I moved away to give her more space until she was walking calmly again. Then I started walking towards her again, and at that point she became very interested in me because she knew we we’re figuring stuff out. Another thing I did every time I approached her, was smile!

Smiling actually tricks your brain into feeling happy, which leads to a release of dopamine and seratonin, both easily picked up by a horse.


Dr. Isha Gupta - neurologist from IGEA Brain and Spine – explains;
"a smile spurs a chemical reaction in the brain, releasing certain hormones including dopamine and serotonin. “Dopamine increases our feelings of happiness. Serotonin release is associated with reduced stress. Low levels of serotonin are associated with depression and aggression”.
​

This is not only noticeable by us when it happens, a dog for instance can actually smell hormones like dopamine and serotonin. A horse can sense these same things too, maybe not by smelling, but simply by feeling. So when they notice someone in their presence with a calm but assertive energy, they are more likely interested in getting to know you. An important first step for any horse.

​So now that you know this, try and see for yourself just how quickly things can change between you and a horse that’s not really willing/ready to connect.
​
It certainly worked with this little mare. After an hour or so, she no longer looked angry at us or argued or ran away. She chose to stay, walk beside us and even offered her head to be touched. All while staying calm and responsive.

Needless to say, we ended on (more than) a good note. Just remember, to keep on smiling!